Safe and Sealed
off

“He will show Him greater works than these so that you will be amazed.” John 5:20

In Ephesians 1:13, we see that those who “heard” and “believed” were “sealed”; “When you heard the message…you believed in Him, you were also sealed with the promised Holy Spirit.” Does the “sealing” take place at conversion or at some point beyond it? I believe it takes place at conversion. A seal is a mark of ownership, when the Holy Spirit comes in to regenerate our beings at conversion, he produces the assurance in our hearts that we are heirs of God and joint heirs with Christ.
I know that some believe that the “sealing” takes place subsequent to conversion, such as at one’s baptism by total immersion, or at a crisis point of sanctification, or, as some would describe it, when we are baptized in the Holy Spirit. But how insecure life would be if we had to wait for “this” or “that” experience in order to know that we are safe in Christ.
One historian says that it was customary in Ephesus for certain traders to send their slaves into the marketplace to make purchases for them and, once the transaction was complete, the slaves would mark the item with their master’s seal, whereupon it was delivered to the master’s home. In something of the same way, the Holy Spirit in our own hearts seals, once and for all, the question of His ownership over our lives, and also acts as a pledge, or guarantee, that one day we will be safely delivered to our Father’s home in glory. In Wales, many years ago, the story is told of a frail old Christian who said, “The envelope (meaning his body) may be a bit tattered, but the letter inside is quite safe.” It is! Listen to me neighbor, the Scripture tells us that the Father was going to show Him, Jesus, greater things to do, greater things than healing of the paralyzed man. Jesus would be controlling the forces of nature (storms on the Sea of Galilee), multiplying food, raising the dead and healing multitudes of people, instituting a greater law–the law of the Son of Man, instituting new ordinances, and creating people anew. My gracious, and sealing His people forever. Let’s Pray… Father God, what endless blessings follow the coming of Your Spirit into my life. I am saved by grace, sealed by the Spirit, and supported by eternal love. What more could I ask for this side of glory. Thank You for dying on an old rugged cross, and shedding of Your Precious blood to cover my sin, In Jesus name I pray, Amen!!! 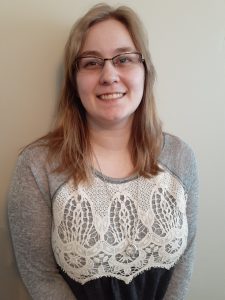 Elise has been serving as the secretary at Clyde’s Chapel since March 22, 2020. She is a graduate of North Carolina State University with an English degree and a digital marketing certification through Duke University. She is born and raised in Johnston County and went to Clayton High School. She lives in the Corinth-Holder community. She got saved when she was nine years old and attends Faith Baptist Church in Knightdale. Her life verse is “I can do all things through Christ that strengthens me” Philippians 4:13.

Dr. Kenneth and his wife, Betty, joined the CCBC church family in August 2019.  Dr. Benton is originally from Brunswick County, NC.  He considers Betty to be his encourager and prayer partner.  They have 2 sons and 3 grand children.  Prior to working in the pastorate beginning in 1973, Dr. Benton worked in the paper mill for over a decade.  He received theological education from Southeastern Baptist Theological Seminary and Andersonville Baptist Theological Seminary. He received his Doctorate in Theology in 2004. He has been the pastor of churches in both North and South Carolina.  His areas of interest are hunting, fishing, golfing and sharing the Gospel.  Dr. Benton’s  life verse is Philippians 1:6 “Being confident of this very thing, that He who has begun a good work in you will perform (complete) it until the day of Jesus Christ.”. 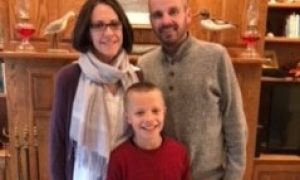 Daniel has been a member of Clyde’s Chapel since 2015.  He has lived his entire life in Wake County and graduated from East Wake in 1997.  Daniel is currently pursuing a degree in Pastoral Ministry from Southeastern Baptist Theological Seminary in Wake Forest, NC.  He and his wife, Jennifer, have been married since 2006 and they have a son named David.  During his free time Daniel enjoys fishing, target shooting with his family and watching the Carolina Panthers.  Daniel’s life verse is Galatians 2:20, “I have been crucified with Christ and I no longer live, but Christ lives in me.  The life I now live in the body, I live by faith in the Son of God, who loved me and gave Himself for me.”